Wonder why they released this guys name and not the nurses in Utah Valley who taped the woman's mouth shut?

An officer even took up station outside the room while writing his report on the man’s alleged trespassing, intoxication and public urination.

But when the officer finished the report and went in to check up on his charge, he allegedly found a male medical staffer performing oral sex on the still-unconscious suspect instead of inserting a catheter.

“It’s one of those moments when you say to yourself, ‘Really? Wow,’” Logan Police Chief Gary Jensen said Friday. “It’s unsettling, to say the least.”

Jensen said that late on the night of Jan. 20, his officers had been dispatched to a residence near 1200 West and 200 North to deal with the drunken suspect, who was reportedly refusing to leave the home. Officers arrested the man, who passed out in the back seat of a cruiser en route to the Cache County Jail.

Neither officers nor paramedics were able to rouse the man, so he was transported to the hospital emergency unit and placed in the exam room to be monitored.

When the accompanying officer decided to check on the suspect, “He walked in the room and pulled the curtain back slightly. The officer observed the unconscious man laying on the hospital bed and the male caregiver performing a sexual act on the patient,” Jensen said.

The officer summoned hospital security personnel and just after midnight Jan. 21, Hal Lavaun Weston, 46, of Laketown, was detained, questioned by detectives and then arrested.

He was booked into Cache County Jail and later released on his promise to appear before a judge Feb. 13 in 1st District Court. 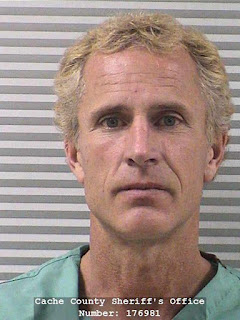