South Davis rehab patients sure make the news a lot

Can anyone tell me why we reunify abusive parents with children??? 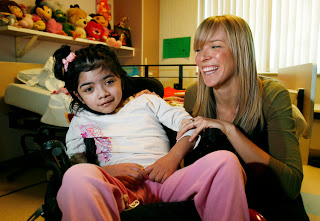 December 30th, 2010 @ 5:26pm
By MIKE STOBBE
AP Medical Writer
ATLANTA (AP) - The rate of teen births in the U.S. is at its lowest level in almost 70 years. Yet, the sobering context is that the teen pregnancy rate is far lower in many other countries. The most convincing explanation is that contraceptive use is much higher among teens in most Western European countries.
Last week, U.S. health officials released new government figures for 2009 showing 39 births per 1,000 girls, ages 15 through 19 _ the lowest rate since records have been kept on this issue.
That's close to the teen birth rate for Romania, Turkey and Bulgaria in 2007, the latest numbers available from the World Bank, which collects a variety of data gauging international development.
The teen birth rate for Western Europe and a few other countries is dramatically lower. In the United Kingdom it's 24 per 1,000 girls. In traditionally Catholic Ireland, it's 16 and in Italy it's 5. France's rate is 7 per 1,000. Canada's rate is under 13, Sweden's is under 8, Japan's is about 5, and in the Netherlands it's close to 4.
The disparity has existed for decades. Several experts say the reason mostly has to do with more realistic approaches to birth control.
Birth control is less expensive and easier for teens to get in many other developed countries than in the United States. And teachers, parents and physicians tend to be more accepting of teenage sexuality and more likely to encourage use of contraception, said Sarah Brown, chief executive of the Washington, D.C.-based National Campaign to Prevent Teen and Unplanned Pregnancy.
Teen births are a concern: The hazards of teen pregnancy include higher dropout rates, as well as possible health and other problems for young mothers and their kids.
There are few comprehensive studies of why teen birth rates vary from country to country. And experts say there's probably not one overarching explanation. For example, the reason for a low teen birth rate may be different in the Netherlands, where prostitution is legal, than in Japan, which traditionally has a more conservative culture when it comes to sex and sex education.
Some countries may have predominant social values that discourage teenage sex, but abstinence-only education programs _ a hot topic in the United States _ are generally not considered a major reason other countries have lower teen birth rates.
"Not at all," said Cecilia Ekeus, a researcher in international public health at Stockholm's Karolinska Institute.
"We're working the opposite way," she added, describing Sweden's comprehensive sex education and easy teen access to condoms and birth control pills.
Experts say teen births can be lower when:
_Teens have less sex.
_Teens use contraception correctly and often.
_A larger proportion of pregnant teens has an abortion.
But do those explain the international differences?
As to the first, there is no evidence teens in Europe are having less sex than American teens, so that's not considered a likely explanation.
If anything, "there may be more sex there than here" among teenagers, said Carl Haub, a demographer with the Washington, D.C.-based Population Reference Bureau.
As to the third, most international comparisons of abortion rates are considered dated and somewhat unreliable because of incomplete information. One smaller study found the United States had a higher abortion rate than Canada and some European countries, and not all experts think it's a major reason for different birth rates.
But some researchers say abortion is a significant factor in some nations. In Sweden, for example, abortions are legal without parental consent _ and quite common. Indeed, one in two women who get pregnant in their lifetime has an abortion, said Ekeus.
There's much more consensus that birth control is the key to a lower teen birth rate.
Studies indicate that about 80 percent of sexually active teen girls in Sweden and about 88 percent in England and France use contraception. In the United States, it's about 61 percent.
And in some European countries they are more likely to use longer-lasting forms of birth control, such as the IUD, experts said.
Other explanations? Perhaps race and ethnicity, said Dr. Monique Chireau, a Duke University assistant professor who researches adolescent pregnancy.
She noted the birth rate for white U.S. teens _ about 26 per 1,000 _ is much lower then the black and Hispanic rates (59 and 70, respectively).
"There are distinctions between different ethnicities," and the U.S. whites are more comparable to countries with more homogenous white populations, she said.
Factors like proportions of teens that are married in each country, proportions living in poverty, and other demographics also should be considered, she and others said.
Cultural expectations have a lot to do with it, too, said several sources pointing to societies where teen childbearing is not considered an attractive option.
In Sweden, teen motherhood is so far outside the norm that young moms often are assumed to have other problems like a psychiatric diagnosis or drug addiction, Ekeus said.
Swedish teen mothers "differ very much from the general population," she said.
Posted by Carol at 5:05 PM No comments:

FARMINGTON, Utah (AP) — Utah health officials are encouraging flu shots after seeing an increase in hospitalizations and new cases in Europe.
The Standard Examiner of Ogden says Davis County health director Lewis R. Garrett suspects influenza season will peak in the next few weeks.
Cases tend to increase after holiday gatherings and children return to school.
Weber County reported seven flu-related hospitalizations this month. Three involved children.
Those numbers are down significantly from 2009, when 107 Weber County residents were hospitalized with the flu through October.
Davis County reported five hospitalizations this month, including three children.
Flu season typically peaks in January and February, but can extend through March.
Officials say vaccines are available.
Posted by Carol at 5:02 PM No comments: