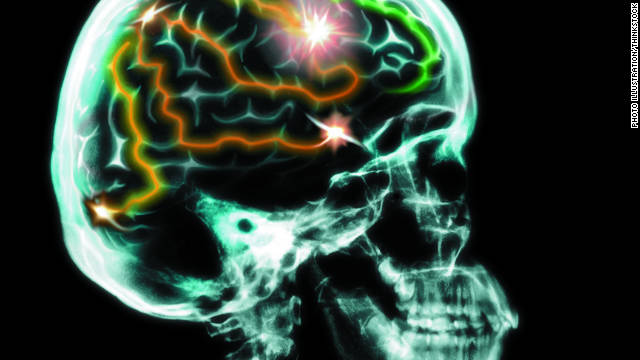 After her stroke, Lisa O'Neill Hill had to relearn how to walk, write and take care of herself.


STORY HIGHLIGHTS
(CNN) -- Lying in the back of the ambulance, unable to move my right arm or leg, I began bargaining with God.
I promised that if he would let me live and heal, I would be a better person. I would be less selfish, less stressed. I would be grateful for everything that I had. I wouldn't waste time sweating the small stuff.
Twenty years after a stroke left me temporarily paralyzed at age 22, I don't think I've been true to my word. As I became healthy, I went back to my old habits. The gratitude and joy waned. Far too often, I have taken my health for granted. But my body periodically reminds me that I'm not like everyone else. And although this is a burden, it's also a gift.
I was a graduate student studying journalism at the University of Southern California when a blood vessel in my brain burst around 11 a.m. on November 11, 1991. I had suffered a hemorrhagic stroke, which instantly robbed me of control over my body.
Hemorrhagic strokes account for only 13% of all strokes but more than 30% of stroke deaths, according to the National Stroke Association.
When the vessel burst, the symptoms were immediate: the inability to move my right leg, an excruciating headache at the base of my skull and then complete paralysis on the right side of my body. I also had difficulty speaking and recalling words. 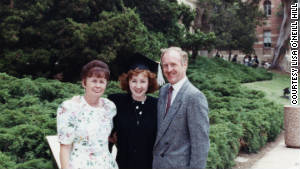 Lisa O'Neill Hill poses with her parents Moyra and Mike O'Neill at her graduation from UCLA in 1990.
I was too young to know anything about brain injuries. I had no idea why I felt funny and why I couldn't make my right leg walk down the stairs. I naively thought that this strange episode would quickly pass.
As I waited for the paramedics, I noticed that my penny loafer had come off my right foot. I became fixated with trying to put it back on and wondered why I couldn't do it.
When the paramedics arrived, they asked me to name the president of the United States. I said, "Ford.... No.... Reagan.... No.... Bush."
I remember them exchanging glances. I was young but there was no doubt I'd had a stroke. I would later find out that I had been born with a weak vessel in my brain, an arteriovenous malformation.
I have few memories of the days that followed. I know I was in intensive care and I know I was afraid of brain surgery.
After I was stabilized, doctors placed me on a ward with other brain-injured patients, most of whom were decades older. My parents and friends came to see me every day. Without fail, my father asked me to smile to see if the right side of my mouth was still drooping. My mother helped feed me lunch or dinner.
My friends, Cyndie and Caron, pushed me in my wheelchair to look at the babies on the maternity ward. Looking back, it's amazing how much we laughed.
Over the next six weeks, I had to relearn how to walk, write and take care of myself. Surprisingly, I was upbeat when I did physical and occupational therapy. I worked hard. But there was one therapy that made me sullen, resentful and depressed: speech therapy.
Because the bleed had occurred in the left brain, my speech and ability to recall words were impacted. Speech therapy made me feel stupid. I had been planning a career with words. Now, when the speech therapist entered the room and asked me to name a vegetable, I couldn't answer her. What kind of journalist would I be?
But I was lucky. As the bleed dissolved itself, I started remembering my words and I slowly recovered my ability to move the right side of my body. I did not require surgery.
I was discharged in a wheelchair and would return to the hospital for outpatient therapy three times a week. As I got stronger, I graduated to a cane.
By January, I was back at USC, enrolled in one class. My father hired a driver to take me to school. I walked across campus slowly with a leg brace and a three-pronged cane. I was incredibly self-conscious, but I was happy to be somewhat normal again.
I've never been sorry the stroke happened. It is something I have overcome, and I'm proud of that. Despite that, I know I am different from other people. There is still scar tissue in my brain, which makes me vulnerable to seizures and auras. I take seizure medication. I have to be careful that I don't let myself get too run down. If I do, it can take me a week to recover. 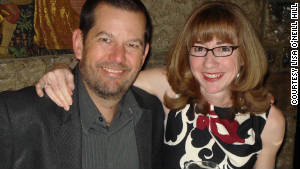 Lisa O'Neill Hill and her husband, Toby, pose for a photo at a dinner in 2011.
I've learned to honor my stroke and its consequences. When my husband and I thought about having a baby, we consulted half a dozen neurologists and neurosurgeons, most of whom had conflicting opinions. In the end, we took a chance. Our daughter was born healthy in November 2003.
Two months later, the sleep deprivation and postpartum hormone shifts caused a blackout seizure. I've been seizure-free ever since.
Looking at me now you would never know I'd had a stroke. I have trace weakness on the right side of my body, which sometimes can make working out at the gym challenging. My trainer knows my right leg has a mind of its own and affectionately calls it "my Nemo fin." I'm thin but I'm healthy and I'm strong.
On the first anniversary of my stroke, I held a party complete with a brain-shaped cake and brain hemorrhage drinks. I was too young to really come to grips with the severity of what had happened and handled it with black humor.
This year, on the 20th anniversary, I'll be out with friends, celebrating a couple of birthdays. I know we'll laugh over a good meal. It's the perfect place for me to be.
The past 18 months or so have been challenging for me and my family. We've dealt with a layoff, unemployment, and a surgery and rehabilitation. I'll admit that I too often let life's little challenges impact my attitude.
But when I drift into self-pity, stress or just general negativity, I try to pull myself back and remember the days when all that mattered was walking and talking. My biggest fear is having another stroke. That gives me perspective.
Eleven always was my lucky number. I know God was watching over me when that blood vessel burst on 11/11.
In fact, I consider my stroke to be a stroke of luck.
Posted by Carol at 7:35 PM