It is fun to watch Sean travel. Seeing the world really expanded his horizons and gave him a sense of confidence. He knows three sayings in Chinese, hello, thank you and Happy New Year. It's cute to see the response he gets when he speaks Chinese to Chinese people. They are so amused, you would think Sean had spoken full sentences. They just think it is so amazing that this little American boy can speak any Chinese. They always smile and touch him. If they are with other people they turn and tell them what Sean said. 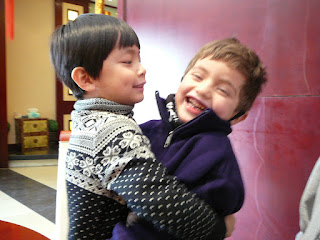 Sean also made friends where ever we went. This little boy is named Roland and his mom works at the Pearl factory we visited. When Sean walked in the door this little boys eyes just lit up. The next thing you know he and Sean were in a back room playing with cars. Roland taught Sean how to count on his fingers in Chinese. They don't use two hands to count to ten they do it all on one. This was the highlight of Sean's day. 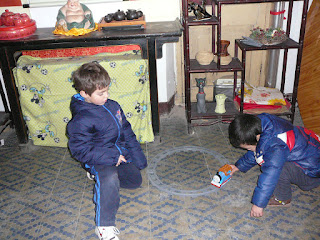 This little boy lived in the red door district. We ate lunch at his parents house. He and Sean played Thomas the Train. 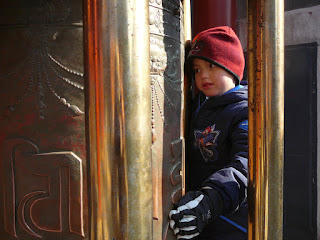 Sean at the prayer wheel.

The most remarkable experience was Sean at the Lama temple. It is a Tibetan lamasery located outside of Tibet. Because it was a temple we couldn't take pictures inside the buildings but it was amazing. There was a 55 foot high statue of Maitreya (the future Buddha) carved from a single block of sandalwood. It was a sight to behold. Sean is very interested in religion. I find that strange for a five year old. Sean wanted to know who Buddha was. In one to the temples there were 200 monks chanting. It was surreal. The temple has open walls so it was freezing. The monks sat at tables in heavy robes with little green lights over their books and they chant. At first Sean was scared. Don told them what they were doing and why they were doing it. Sean said his teacher told him there was only one God. Don told him lots of people worship lots of different Gods or powers. Sean said that the God in his heart was not Buddha. How insightful is that for a five year old. 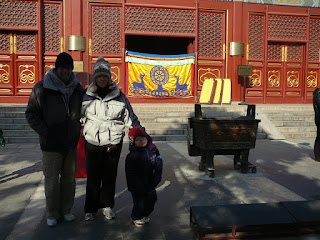 Sean watched many locals pay homage to Buddha by burning incense and bowing. It was one of those moments that I was glad he had the opportunity to experience. He could watch it on TV or read about it but it wasn't the same as actually smelling it, hearing it and watching it. 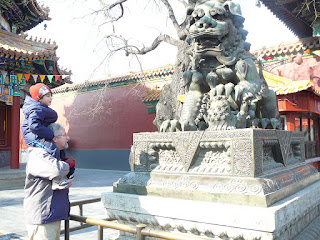 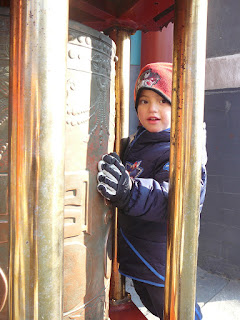 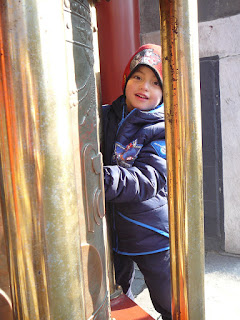 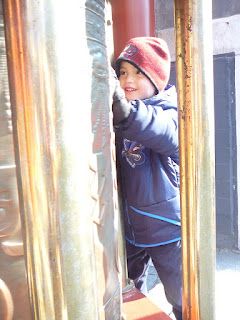